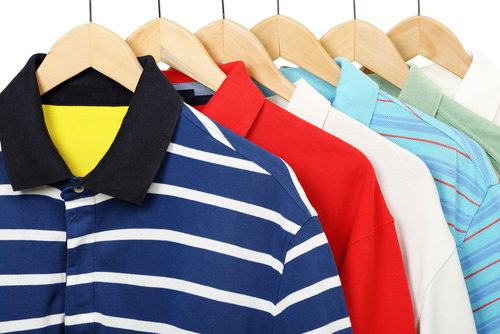 Welcome to B&A Uniforms Polo T-Shirt collection section. Polo's were initially designed to replace the cumbersome "tennis whites" which consisted of a long-sleeved white button-up shirt; worn with the sleeves rolled up along with flannel trousers for tennis apparel. Thanks to the ingenuity of René Lacoste, a seven-time Grand Slam tennis champion, he designed a more familiar and widely popular polo t-shirt today. This included a white, short-sleeved, loosely-knit piqué cotton shirt with an unstarched, flat, protruding collar, a buttoned placket, and a shirt-tail longer in the back than in front. The signature “Polo" logo finally made its debut after Lacoste's popularity in 1933 and became well known in the 1950s. Polo shirts became widespread in the U.S. and were most commonly known as the formal tennis attire.
Click Here to Learn More About Polo